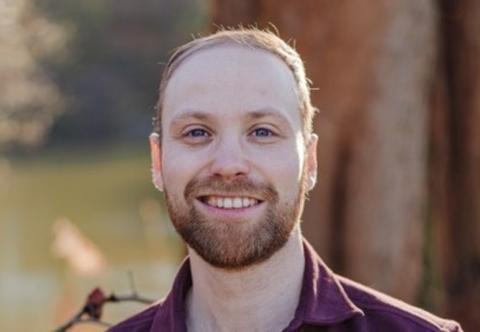 
Daniel is married to Dave Yedid and is so enthused about building Base Denver.

Daniel grew up in London, UK where he was involved in the Masorti Jewish community, in particular his beloved youth movement and summer camp, NOAM. His passion for languages and Torah has brought him to live in France, Germany, Jerusalem and Madagascar. In 2019, he moved to New York to study at Yeshivat Hadar and Romemu Yeshiva.

Prior to coming to the US, Daniel was a child protection social worker in London. He just completed an MA in Process Oriented Facilitation and Conflict Studies at the Process Work Institute in Oregon. He plans to offer process-oriented facilitation for individuals, couples, groups and organizations.

Since 2018, he has co-facilitated a group called ‘Angels of History’ to process the impacts of intergenerational Jewish trauma.