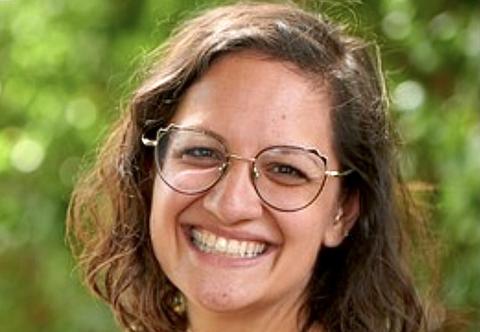 
Jessie is the Associate Director, National Young Leadership Cabinet at the Jewish Federations of North America and Base Partner & Senior Educator of Base Miami.

Jessie has experience in many educational and community-building settings, including Day Schools, Jewish summer camps, Hebrew schools, and with KAHAL, connecting traveling students to Jewish community all over the world.  Jessie earned a Master's degree in Jewish education and a Certificate of Advanced Jewish Studies from the Pardes Educators Program in Jerusalem, and a Certificate in Jewish Day School Education from Hebrew College of Boston.  Jessie holds a B.A. in Modern Jewish Studies from the Jewish Theological Seminary, and a B.A. in Middle Eastern Studies from Columbia University. Jessie received the Covenant Foundation’s 2020 Pomegranate prize.  Jessie is an avid baker, loves to read, rollerblade, and spend time outside.  Jessie lives in Miami with her husband, Adam, her two delicious kids, Charlie and Matan, and their sweet dog Nadi, named after her favorite cafe in Jerusalem.