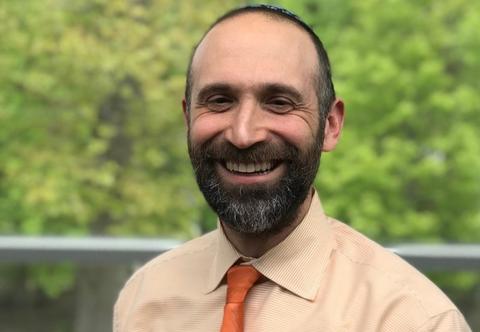 Joel is an engineer turned Rabbi who loves learning. He has taught high school Talmud, worked as a synagogue Rabbi on the North Shore of Massachusetts, and as the Campus Rabbi at Syracuse Hillel. He currently serves as a faculty member for Yashrut, a laboratory of intensive, synergistic learning of Talmud and Jewish Law, founded and led by Rabbi Daniel Landes. Rabbi Joel received ordination from Yashrut and from Hebrew College. A native of Los Angeles, Rabbi Joel spent his undergraduate years in Berkeley, CA. When not studying or teaching Torah, Rabbi Joel enjoys spending time with his spouse and his children, hiking, obsessing about the Dodgers, and practicing Shotokan Karate. You can reach him at joel.goldstein@moishehouse.org.