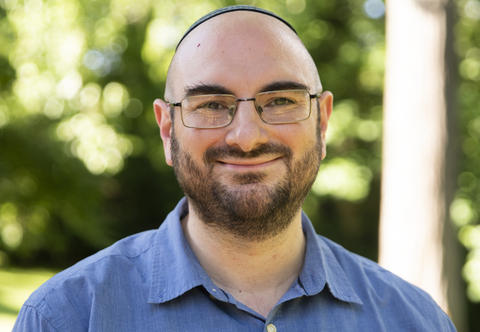 
Rav Will serves as the Senior Educator of Base Lincoln Park, working alongside his family to build a Jewish home for students and young adults..

Originally from New York City (Queens, and yes, the outer boroughs are still part of the city), he majored in Computer Science at MIT before finding his not-quite-as-lucrative calling as a teacher of Torah. His switch was motivated by a desire to work with people instead of screens, and a growing conviction that Judaism’s three millenia of wisdom can broaden horizons and offer new and better ways to live our lives. In addition to feeding brains, Will loves to fill stomachs. Between the rules of kashrut, healthy eating, and kids’ food allergies, he finds cooking to be a fun engineering challenge, and is looking forward to feeding, and getting to know, you soon!

Will is a Fellow of the Kogod Research Center at the Shalom Hartman Institute of North America where he researches and teaches Jewish perspectives on enduring ethical issues. He has taught Torah in communities around the world and at the Pardes Institute, Hebrew College Rabbinical School, Harvard University, the Jewish Theological Seminary, and the Academy for Jewish Religion. He was the Founding Director of Nishma: A Summer of Torah Study in the JTS Beit Midrash and the Rosh Kollel of the Northwoods Kollel at Ramah Wisconsin. In addition to teaching, Will has been the Rabbinic Educator at the Tremont Street Shul, a pluralistic synagogue in Cambridge, MA (motto: come more often and bring more friends!), and served as the gabbai of several traditional-egalitarian independent minyanim.

Will is a doctoral candidate in Ancient Judaism at Harvard University, writing a dissertation on legal reasoning in ancient Jewish law. He received rabbinic ordination from Rabbi Daniel Landes, former Rosh Yeshiva of the Pardes Institute for Jewish Studies, and an MA in Talmud and Rabbinics from the Jewish Theological Seminary. He was also a member of the second cohort of North American David Hartman Center Fellowship.

Will is the loving partner of Rabbi Sarah Mulhern and proud Abba to Eliana Tzipporah and Shimon Meir Mulhern-Friedman, who will some day forgive their parents for their names.